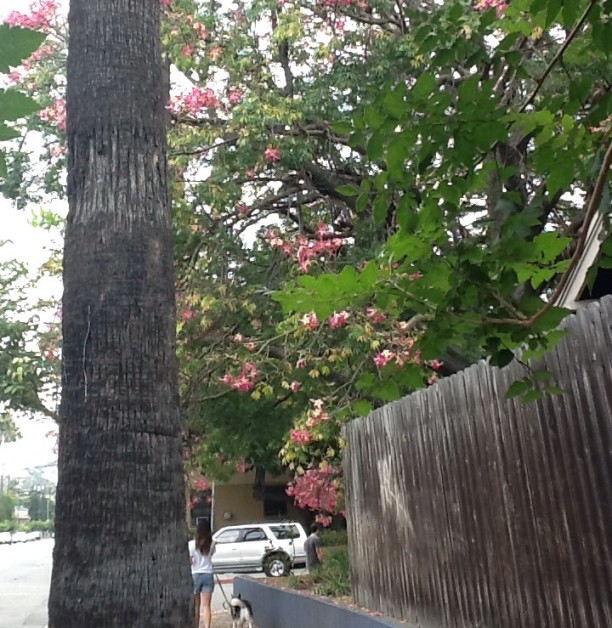 The first time I visited LA was on a business trip in 1994. It was a very short visit and I didn’t have time to explore.

However, in 2012, I went back and stayed for several months. I was able to really enjoy and appreciate what the city can offer. The best part of LA, I think, is the weather. It’s not too hot, and it’s not cold—though cooler in the evenings. I recommend to always have sweaters or light jackets on hand.

I stayed mostly in Hollywood during my stay, and got to know the area. Hollywood Blvd. may look scary to non-locals (especially at night, and I don’t recommend you walking alone at night), but it’s quite safe during the day.

I was waiting for a bus one night and a car pulled over. The driver asked if I was available, and I quickly realized that I was standing in prostitute territory.

A little north of Hollywood is Franklin Ave., just below the Hollywood hills. I felt a little safer walking along this avenue both day and night. There are still bums and weirdos, but a lot more decent people. It’s a nicer neighbourhood all the way to Vermont Ave. in the Los Feliz area. 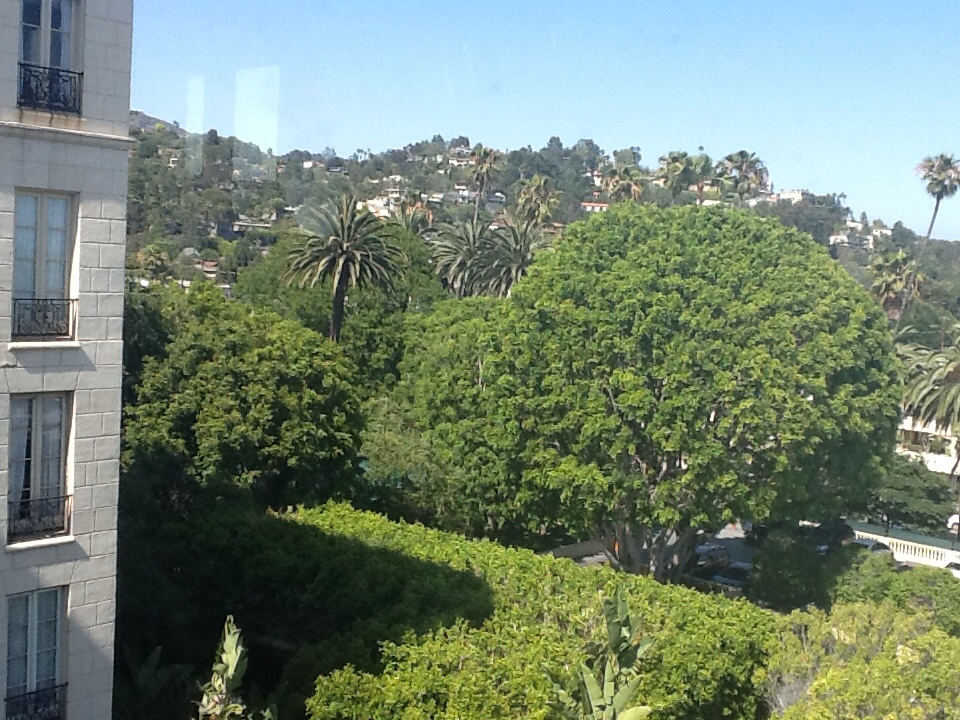 I simply love the area and have gotten lost many time while wandering, taking in its beauty, the robust greeneries, scented flowers, and citruses that nestle along the hills like they’ve been put there by God. 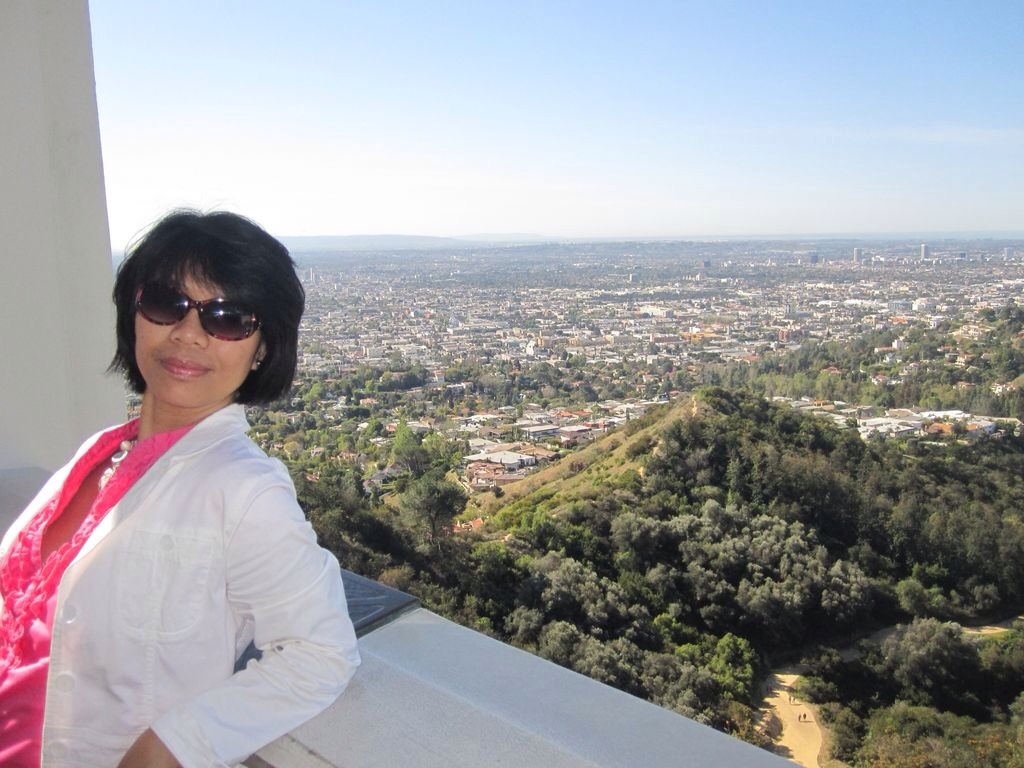 If you want to experience the great view of LA, head on up to the Griffith Observatory. It’s beautiful there at night when the whole city lights up right beneath you—almost like you are in heaven looking down, truly breathtaking. 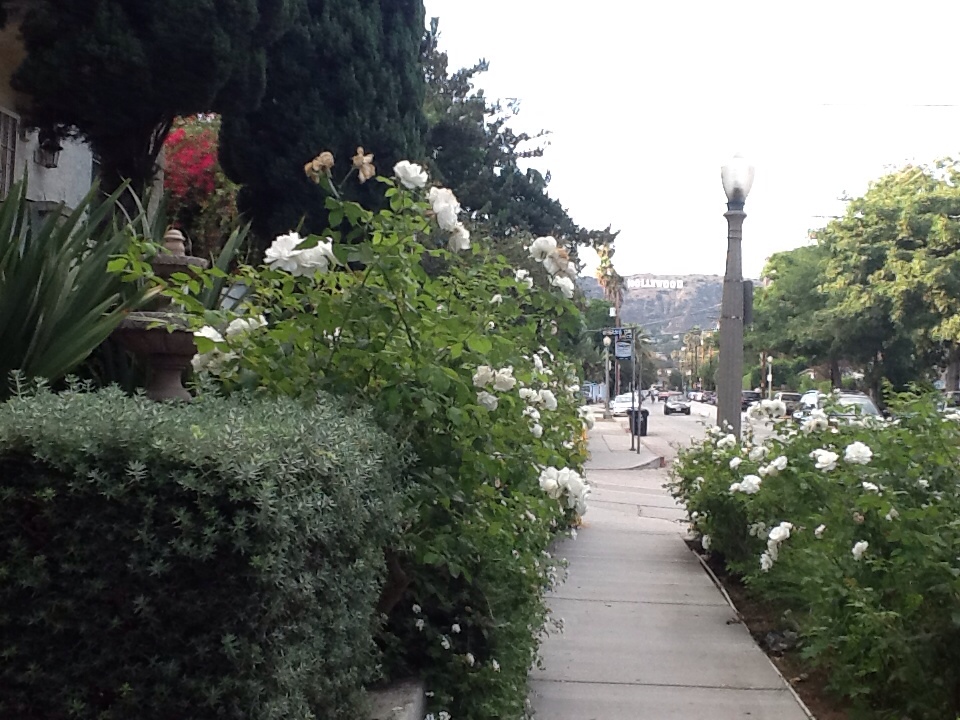 One day, I  walked up to the Canyon hill on Beachwood from Franklin Ave., for a little adventure (you can also take the Canyon Dr. all the way up).  As I walked up the hill, a park ranger approached me and asked if I was lost. I said no, then he said it’s not advisable to venture up on my own. He informed me that people have gotten lost up there and left dehydrated.  So if you ever do this, make sure you have enough water with you and preferably with someone. 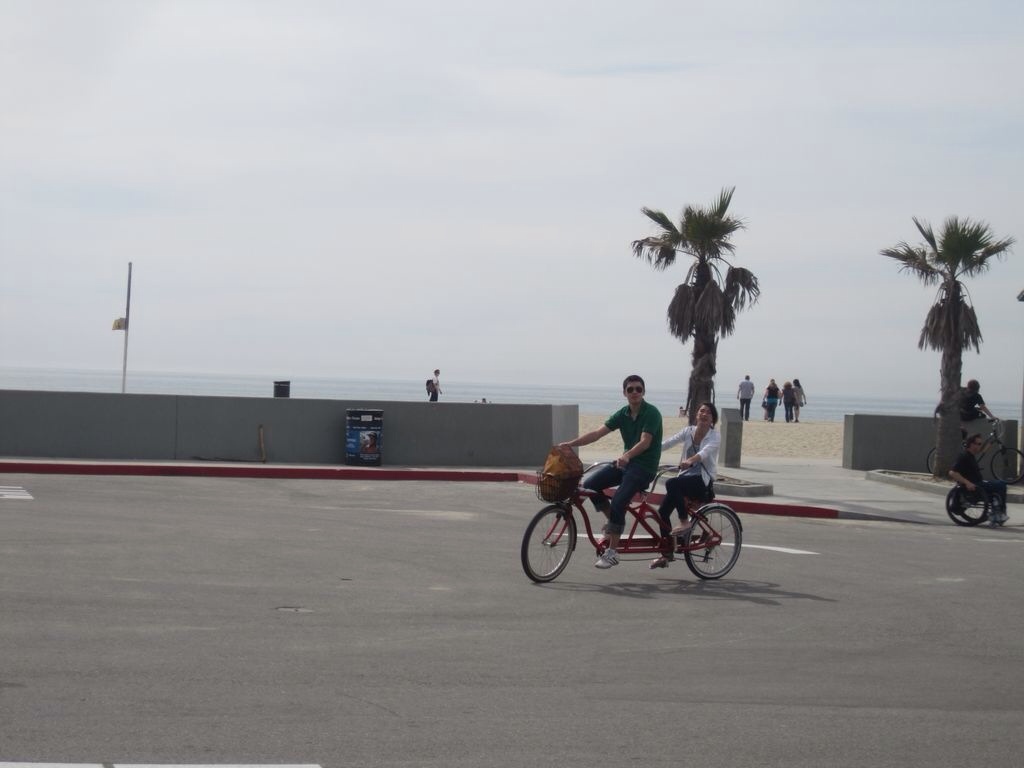 Although, there are several beach in the LA area—like Malibu,  we went to Venice Beach hoping to try the water.  But it was too cold  for swimming when we were there in May, so we opted for bicycling and shopping.

Where to stay in Hollywood:

Along with the usual “Asian town” that most cities have, LA has the Historic Filipinotown that is a district.

You can take the bus to any of these places:

Note: I am a fussy eater. I prefer greens and healthy food and the occasional pizza and burger.

If you happen to be in the area on a Sunday morning, head on down to Hollywood and Vine to check out the biggest farmers market in LA.  Buy fresh fruits and vegetable to munch on during your stay.  This is where I discovered the many varieties of citrus.