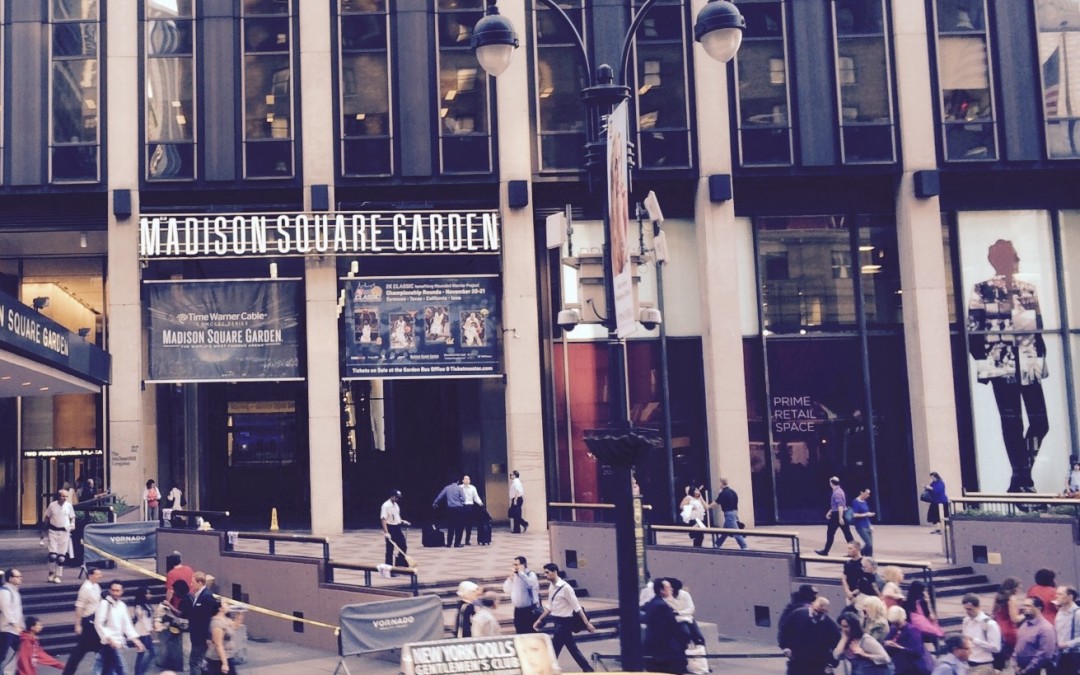 Ever since I watch the movie Breakfast at Tiffany, I’ve always been fascinated with New York but have never visited the place until this week.

My daughter hasn’t been anywhere this summer so I asked her where she would like to go and she chose two places: Las Vegas or New York.   After budgeting, Las Vegas was off.

At first, I thought taking a tour bus to New York would be the most economical way, but after reading all the reviews on being the most uncomfortable bus ride, I opted out.  Then I checked the train from Toronto to New York. It’s very affordable, but it will eat up so much time as it will take 12-13 hours trip.

So after checking the hotels and adding up everything, we decided to take the airplane and hotel package with Expedia.

Since this is our first trip to the big apple, we needed to find out how to get to our Hotel from La Guardia airport.  It was really easy. Here’s how we did it.

How to get to Manhattan from La Guardia airport

1. Purchase a ticket from the ticket booth machine at the airport ($2.50 at this writing).  At first, I was confused because it shows a one-week pass for $30 but we only wanted one way, but there is an “other” button which allows you to choose “other amount”.

2. Take the Q70 bus which is a non-stop bus to Jackson Heights subway station.  From there, you’ll see platform 7.  Make sure to take the train that goes to Manhattan Time Square (last train stop) instead of the other way.

3. Forget the street number of your Hotel, they don’t post it on the building.  Instead, know what intersection the hotel is located.   For example, ours was The Manhattan Hotel Time Square (I don’t recommend this hotel) 790-7th Ave.  Well, the building along 7th Ave. didn’t have numbers.  Turns out it’s on 7th and 51st Street.

There’s so much to see and do with very little time.  So instead of taking taxis (expensive) or trains and buses (time-consuming), we took the city sightseeing tour buses.  Several of them in New York.  We took the green tour bus, for $54 each.  It included hop-on, hop-off the tour bus for  downtown Manhattan, and north Manhattan, Brooklyn night tour and boat ride to see the liberty statue.  The tour ticket is good for 2 days.

This allowed us to see all of Manhattan, Soho, Brooklyn, and stops at all the shopping places, eat,  and see the museums, then hop on the bus again.  I highly recommend it. It saves you time, money and it makes it easy to see a lot more with your time.